The 62nd Colorado Science and Engineering Fair was held April 6 – 8, 2017 in the Lory Student Center at Colorado State University in Fort Collins.  This year, Colorado Trout Unlimited and the Boulder Flycasters sponsored a Special Award for river conservation emphasizing the conservation, protection and restoration of North America’s coldwater fisheries, ecosystems and watersheds.

This year’s winners of the Trout Unlimited River Conservation Award were:

First place award of $200 was Scott Prieve, 8th grade, North Middle School, Colorado Springs.  The title of his project was To Rip or To Rap: How Does the Design of Erosion Control on a Creek Bend Affect Bank Deterioration?  This project determined how the design of erosion control methods affected bank deterioration on a creek bend. 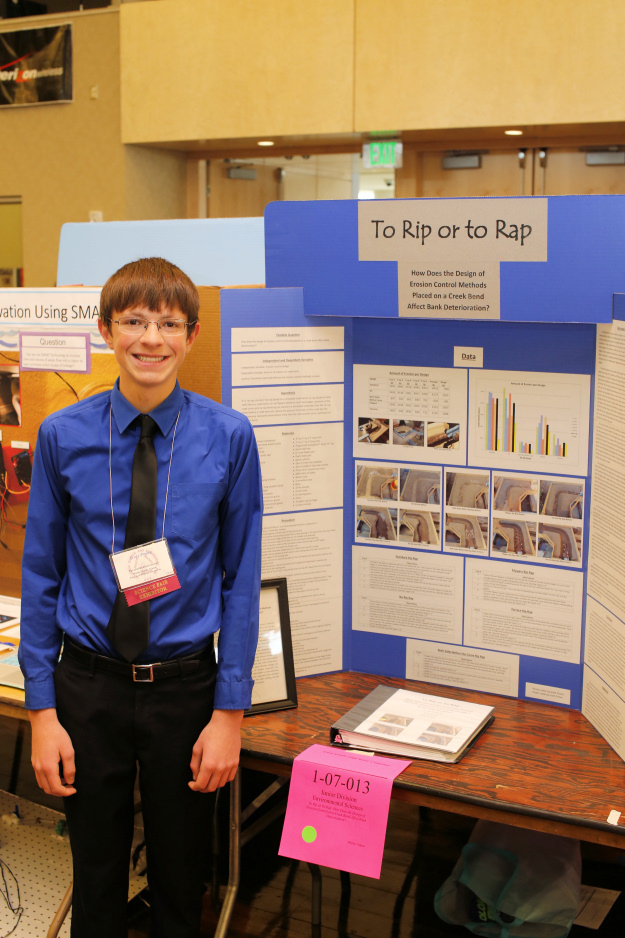 Second place award of $125 was Manuel Lucero, 6th grade, from Centauri Middle School, La Jara, Colorado.   The title of his project was Those “Banking” Beavers: A Trickle-Down Approach to Conservation. The purpose of this project was to determine the effect beaver dams have on water’s flow rate and the amount of water in the adjacent banks. 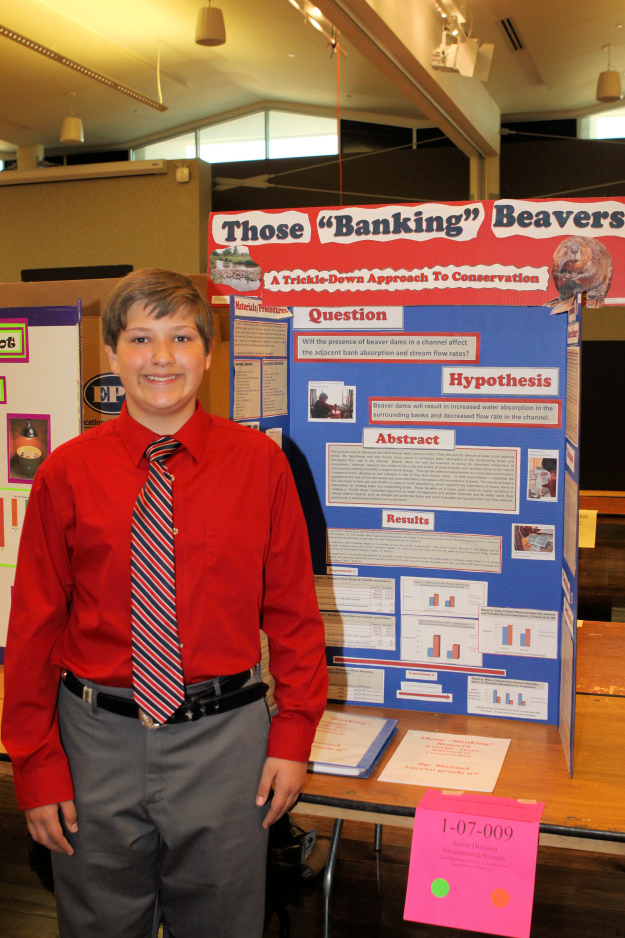 Third place award of $75 was Paul Knight, 8th grade, from Miller Middle School, Durango, Colorado.  The title of his project was Tidy Up Those Tailings. The purpose of this experiment was to discover if the process of mycoremediation is an effective technique to sequester or degrade heavy metals commonly found in mining tailings. 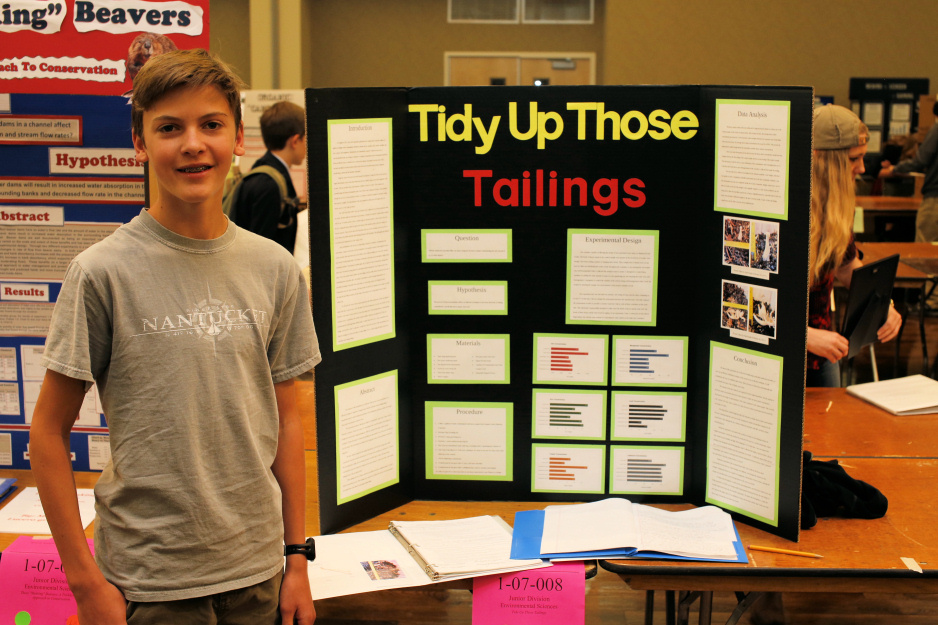 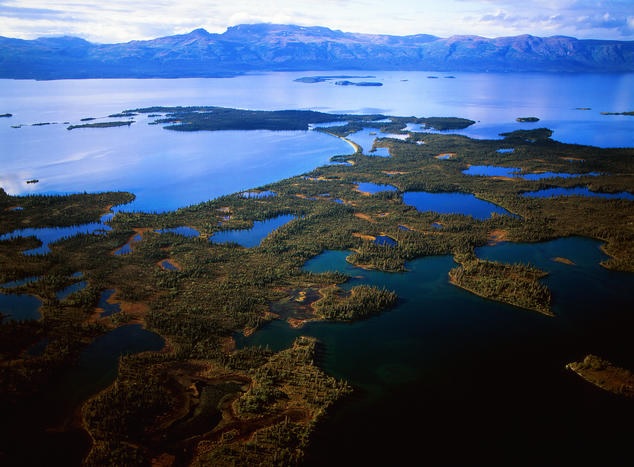 Duane Redford: Hidden in Plain View, Recognizing the Obvious, Exploiting the Obscure, delves into what the top 10% of anglers are seeing differently from the masses. It includes something for every level of angler from reading the obvious runs of the river to its subtle nuances; bug selection made simple, how to attain a lively drift, and tactics to get better now. Duane will have his latest book, The Fly Fisher’s Playbook 2nd Edition with him at the presentation. 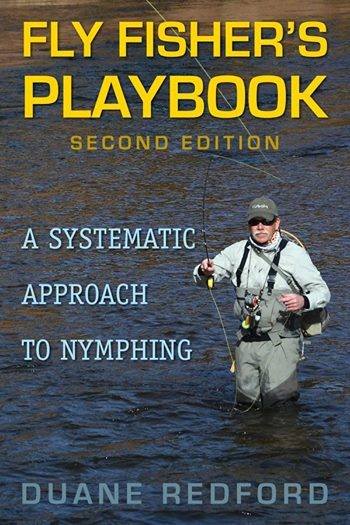 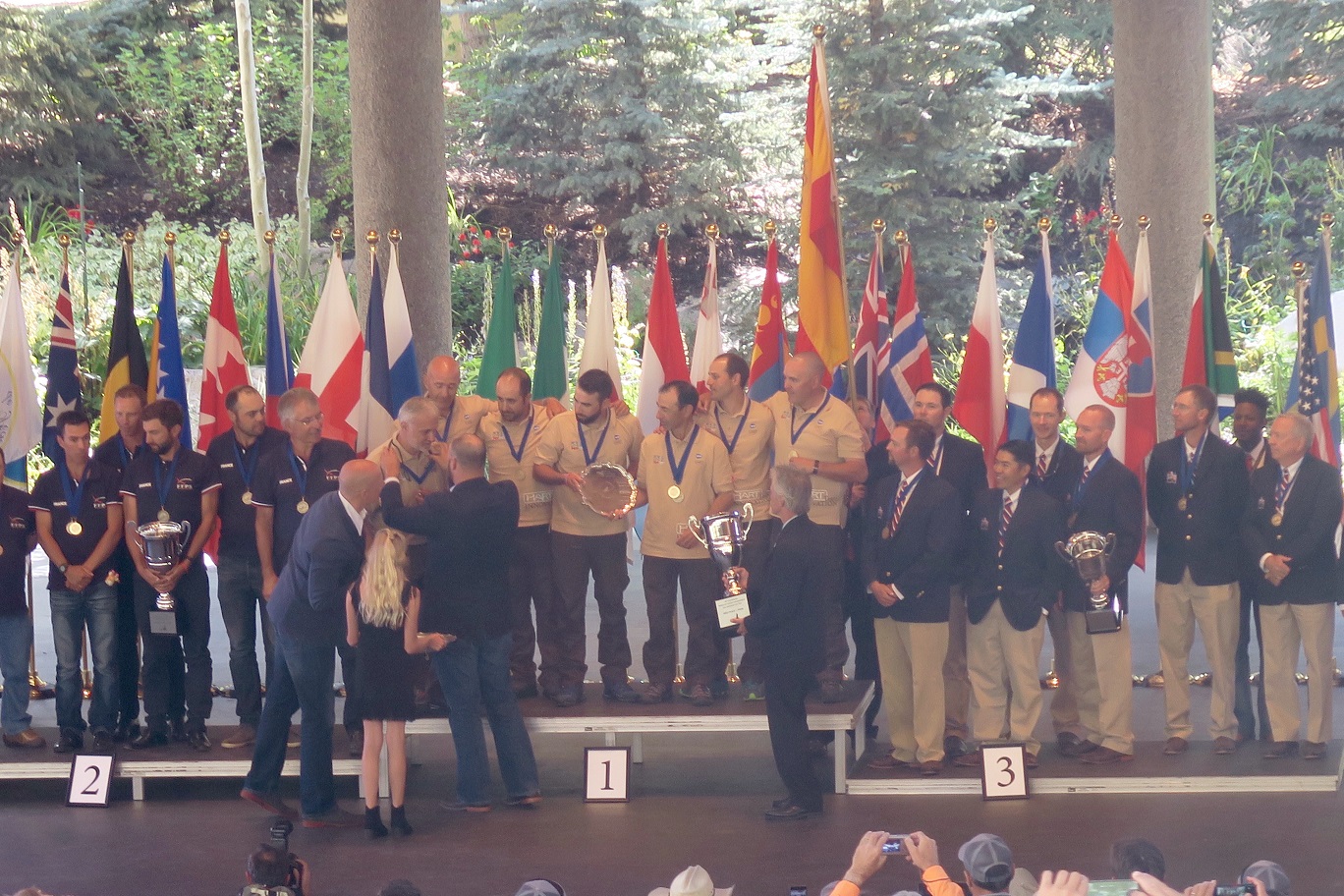 In response to a parasitic disease that caused an unprecedented fish kill, on August 19, Montana Fish, Wildlife and Parks (FWP) closed 183 miles of the Yellowstone River and all its tributaries.

The closure stretches from Yellowstone National Park’s North Boundary to Laurel, Montana. “This action is necessary to protect the fishery and the economy it sustain,” said Montana FWP in a press release. “The closure will also help limit the spread of the parasite to adjacent rivers through boats, tubes, waders and other human contact and minimize further mortality in all fish species.

Efforts in Yellowstone Lake to reduce the number of non-native lake trout and subsequently bolster cutthroat trout populations are succeeding. According to the Cody Enterprise, the ratio between the trout species is nearing 50–50, an improvement from what was previously a 90–10 domination by the predatory lake trout. Dave Sweet, a Trout Unlimited member and Yellowstone Lake special project manager, has spent the past eight and a half years working to improve cutthroat populations. He said the new findings are encouraging but also noted that there is still much to be done in reviving the native cutthroats.

Lake trout are a unique threat to Yellowstone cutthroat, which are a key food source for roughly 20 area wildlife species, including bears and ospreys, and they support sport fishing, which brings in $36 million annually, to boot. Because of the fish’s widespread effect on the ecosystem, Sweet said restoring the cutthroat is vitally important. “It’s called a keystone species in Yellowstone,” Sweet told the Cody Enterprise. “It really ripples through the ecosystem.”

According to the National Park Service, cutthroat trout represent about 80 percent of a lake trout’s diet; biologists estimate that mature lake trout eat about 41 cutthroats a year. Since the first Yellowstone lake trout was discovered in 1994, 1.7 million have been removed via gillnetting. Anglers remove another 20,000 each year. One goal of Yellowstone’s Native Fish Conservation Plan, instituted in 2011, is to eliminate 25 percent of the lake trout population a year until their numbers become insignificant.

From Field and Stream

We need your help to raise the $85,000 needed for The Flatirons Park project. This 2016/2017 project will improve habitat and stream flow in Boulder Creek from Foothills Parkway downstream for about 3/4 mile. 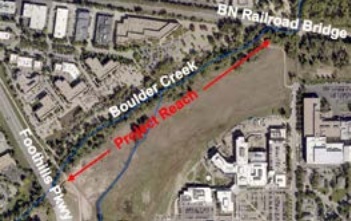 The Gunnison River in the Black Canyon and Gunnison Gorge is a Gold Medal wild trout fishery that stretches over 40 miles from Crystal Reservoir to the town of Austin and provides many diverse wading and float fishing opportunities. 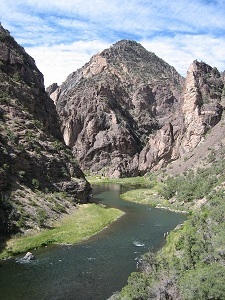 The Gunnison is renowned for its large Rainbow Trout and a healthy population of Brown Trout.  A float through the steep walled Gunnison Gorge, a National Conservation Area, is one of the top fly fishing trips in the lower 48. Just downstream of the Black Canyon of the Gunnison National Park, the Gunnison Gorge features unrivaled scenery and geology. Seeing big horn sheep, mule deer, river otters and eagles will only heighten your appreciation.

Learn about the fishing opportunities from Derek R. Kehmeier with the Black Canyon 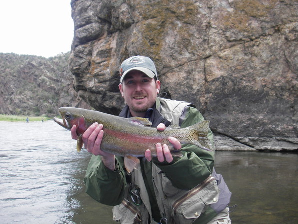 Anglers.  Derek is a Colorado Native, and is now an assistant manager and guide with BCA.

The 19 mile Blue River stretch between Silverthorne to Green Mountain Reservoir has been degraded of it’s Gold Medal status by Colorado Parks and Wildlife. The river still has 15 miles of it’s Gold status from the Dillon Dam to Hamilton Creek Road bridge crossing and also from Green Mountain Dam to the waterway’s confluence with the Colorado River.

The decision comes after CPW has been monitoring unnatural stream flows, sparse aquatic habitat, and low nutrient content all contributed to the decline of the water. CPW said that stretch of the river hasn’t met the Gold Medal standard for about 15 years.

“The overall goal is to maintain the integrity of the Gold Medal designation,” Jon Ewert, a CPW aquatic biologist, said in a statement. “As necessary, we will make recommendations to delist or upgrade waters, keeping in mind the intent of the designation — identifying waters where anglers can catch large, trophy-quality trout.”