On March 30, 2013 you will have a unique opportunity to hear from two sides of the same coin.  On one is Gordon Wickstrom the steward of Boulder’s fly fishing history.  A man who grew up in a sleepy little college town and entered the sport via a 1939 Christmas gift – a restored, eight-foot bamboo and a new South Bend Orenomatic automatic fly reel.  On the other side is his great friend Rob Kolanda, a leading edge enthusiast of the sport using techniques that reflect an international flavor. He aggressively pursues any species of fish that might be inclined to take a fly.  Both were born and raised here and share an abiding love of fly fishing and the wonders that surround it. 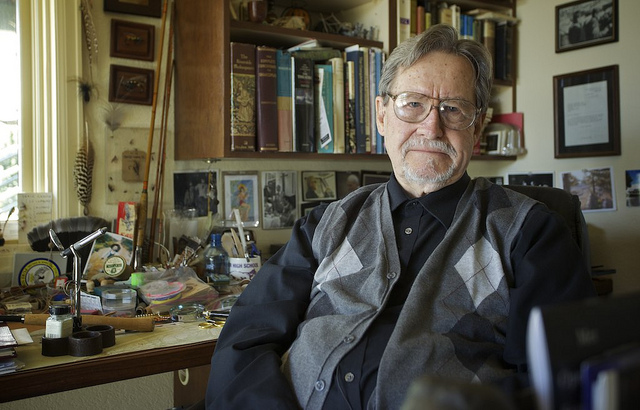 Gordon Wickstrom is a WWII Navy veteran, a graduate of Stanford with a Ph.D., a college professor, and a serious student of Shakespeare.  For more than sixty years, when asked about his occupation, he has stated “I’m fisherman that teaches schools and stages plays”.  But Gordon is far more than these things.  He’s a voice to be heard on the sport of fly fishing through is writings, a resource about the our fly fishing history, considered about where things are headed, and reflective about where they have been.  His books, Notes from an Old Fly Book and Late in an Anglers Life are classics about why we do what we do.

On Saturday he will share with you his thoughts on writing about this wonderful sport. 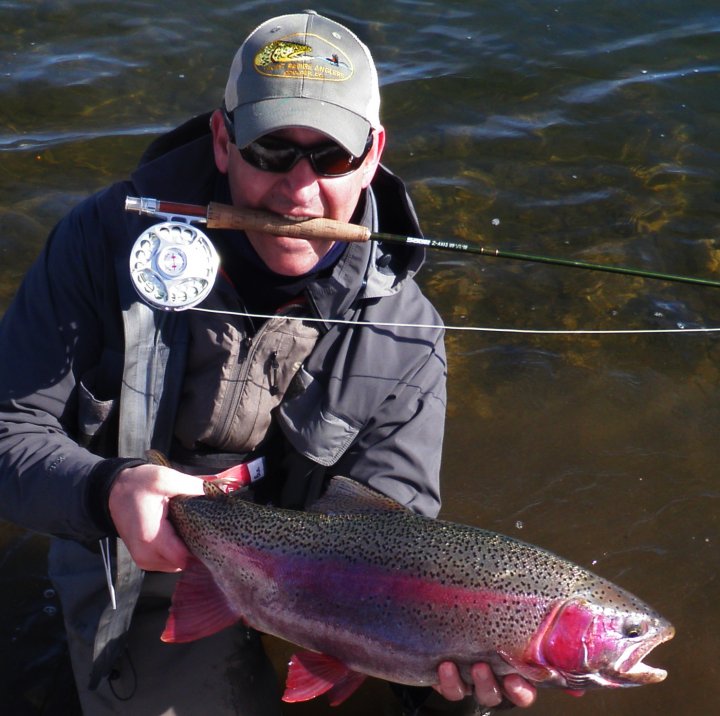 Members of the Fly Fishing Industry, our customers, and Colorado fly fisherman in general either know or have heard about Rob Kolanda and his prowess as a fisherman and fly designer.  He grew up in Colorado and currently resides with is wife and family in Longmont.  Rob has made a living guiding, instructing, and managing a variety of fly fishing operations for 18 years. He has been a member of Fly Fishing Team USA and part of Front Range Anglers Management Team for some years.

When Rob is not a working his personal days out are often spent on still waters where he enjoys chasing warm-water fish such as wipers, stripers, and pike in addition to trout.  His time not spent on the water or in the shop is often spent behind the vice designing new patterns for Solitude Fly Company, who currently produce over twenty trout, warm water and saltwater fly patterns of his design.

Rob’s competitive angling successes include numerous medals and high place finishes in competitions across the US.

On March 30, 2013 the Program by both of these men is something you will not want to miss.  We would suggest an early arrival to get reasonable seating.